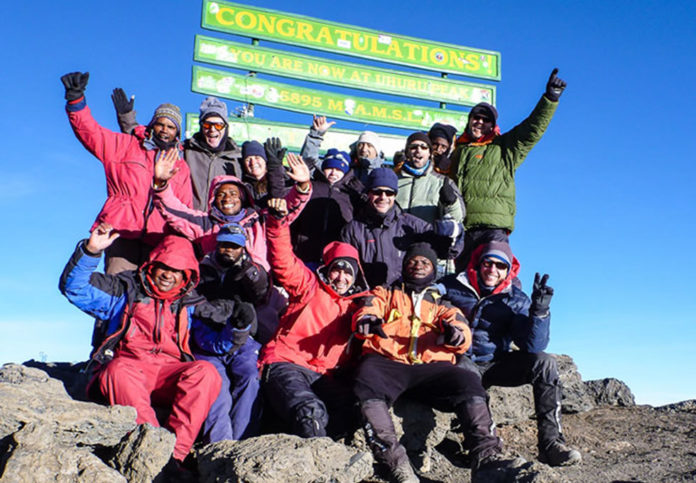 The largest peak of Africa, it stands tall by 5,895 meters and the stratovolcano that is presently inactive is located in Tanzania’s north-eastern part. The ice-covered inactive mountain discharges gas through fumaroles in Kibo’s key summit crater. The inactive volcano is consisting of tephra and lava’s numerous layers. Its base is extended up to 388,500 ha. The current research reveals that the previous eruptions in the mountain took place about 200,000 years ago. Its tephra squirted in air while lava being liquid was flowed. Creation of the mount is said to be commenced almost 750,000 years back and its three major peak points include Kibo, Shira, and Mawenzi.

Its surrounding vicinity is densely populated and here stays the Chagga tribal people and these people came into the vicinity around three hundred years back. For livelihood, the residents are moving towards the local 19 forest villages for farming, hunting, and firewood, etc.

The vicinity is prosperous as far as its wild life and plant life is concerned. The place is home to almost 180 bird species and 142 mammal species and you could be able to take glimpses of bushbaby, white colobus, and blue-colored monkeys. The floras mainly include vegetation and the vegetation takes place in the five parts of the surrounding area.

Climbing the mountain is not at all tough as the path towards the peak almost contains treks and not hikes. In an attempt to welcome the new millennium and take glimpses of the attractive sun rise, more than thousand people attained the mountain top. Total five routes available for hiking and it takes almost five to six days to reach the mountain peak. Luckily, the mountain could be climbed even by the inexperienced and that too without help of the hiking equipments.

Guidelines for the climbers

Kilimanjaro International Airport will let you there in a relatively short time but it could be comparatively expensive.
Fly to Nairobi and it will take almost seven hours to reach the premises.

Extended in area of about 753 km², it centers the mount and was designated as UNESCO’s World Heritage Site in the year 1987. It got its recognition as the National Park during 1973 and opened for public during 1977. Enjoyable activities in the park vicinity include climbing, camping, looking at the nature, hiking, looking at its flora and fauna, and safari.

Gorilla Trekking in Uganda vs Rwanda

A journey deep inside the Bwindi Forests

The joys of South Africa’s award-winning wines and cuisine

admin - February 22, 2017 0
Alphabet Village and the subline of her own road, the Line Lane. Pityful a rethoric question ran over her cheek. Lorem ipsum dolor sit amet,...