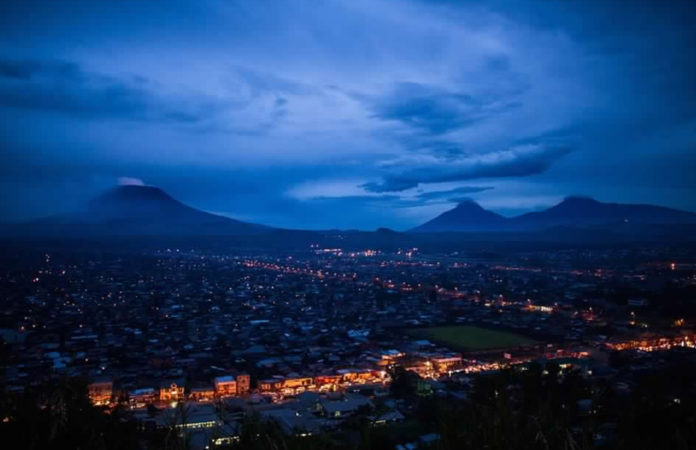 Goma, the far-famed city of DR Congo’s Eastern Province, has been in the eye of the storm since time immemorial. As Joseph Ondiek writes, it has seen its fair share of conflicts that have led to loss of civilian life and atrocities ever imagined.

But now, many tour operators and tourists say that from the rubble has risen a popular tourism destination where many people flock in to see what nature has to offer. In essence, Goma is the proverbial phoenix that has risen from the ashes and is now on the bucket list of many tourists.

Located on the northern shore of Lake Kivu, Goma has been at the centre of several wars which have engulfed the wider region. Consequently, it has become a master of reinvention. It’s DRC’s tourism capital, if such a thing exists, and the main access point to Africa’s oldest national park: Virunga National Park. Also, Goma has got a surprisingly vibrant and youthful art scene!

Soon after the National Geographic declared Virunga as one of the world’s top tourist destinations in 2012, the M23 rebels overtook the region. This forced the park to close to tourists. The M23 was composed of former rebels who were assimilated into the government after the 2009 Peace Accord, and in 2012 mutinied from the army. They cited the government’s failure to fulfill the terms of Peace Accord and poor living conditions in the army.

However, now that peace has prevailed in Goma, tour operators say this former war zone has become a magnet for tourists around the world. Greg Bakunzi, the managing director of Amahoro Tours and Amani Safaris in Goma, says that Goma is slowly picking up as a major tourism destination. Hiking Mount Nyiragongo is now ranked the biggest attraction, he says. 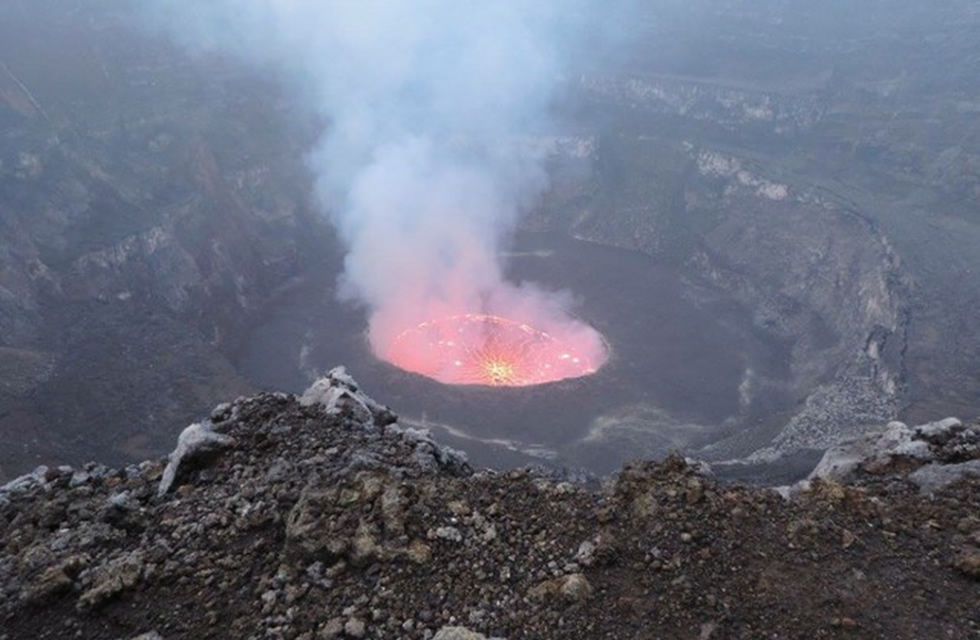 “Since the end of war, we have been taking an increasing number of tourists, some of whom just go there to visit the place because it’s called Goma due to its inglorious past. However, there are also many tourists who visit the place to see its nature at its magnificent splendour,” says Bakunzi.

The tour operator adds that another reason why tourists come to visit Goma is its relatively cheaper fee for trekking the iconic mountain gorillas. Trekking these primates is $400 compared to the neighbouring Rwanda where this year the Rwanda Development Board (RDB), the country’s tourism regulator, increased gorilla trekking fees to $1,500.

“The cheaper gorilla trekking fee is one of the reasons why we now have so many tourists flocking to Goma. And this is positive for many reasons since there are many residual benefits that Goma gains from gorilla trekking. It has become a tourism hub in the Virunga Massif (a chain of eight volcanic mountains that straddle Rwanda, Uganda and DR Congo, the only home to the endangered mountain gorillas),” says Bakunzi.

“Goma has amazing natural scenery; plants and wildlife that continue to attract many tourists. Tourism activities have picked up since the war ended and this portends well for the future economy of this area,” says Ndajigimana.

Ndagijimana says Goma is part of the Virunga massif that spreads to Rwanda and Uganda and the main tourist attractions include trekking the mountain gorillas, bird watching, climbing the active Nyiragongo Volcano and sightseeing at the Biega Mountains, among others.

Jean Pierre Digo, a tourism regional coordinator, says there are several exciting things to do in Goma now ever since peace returned to the region. He adds that from historical sites to cultural attractions, tourists can now explore the exhaustive list of Goma’s local attractions.

He further says that Goma has top tourist attractions and historical monuments and natural attractions to visit, including active volcanoes, the Nyiragongo Mountain, the Virunga National Park (home to the mountain gorillas), adventurous and entertainment activities and spots to explore, and top-class places to eat and drink.

“With a proper market-oriented management and marketing, these attractions could operate efficiently and productively to earn the region large amounts of local and foreign income,” says Digo.

Digo observes that the peace now prevailing in Goma has made tourism activities to exponentially pick up, adding that while other regions in DRC are still facing conflicts as a result of the scramble for mineral resources, Goma now is an oasis of peace that has made it attractive to tourists.

“Many people now come to Goma, shunning other conflict-ridden regions of the country. While during the war period people feared coming here because of the fear of violence and kidnappings rampant during the war years, Goma has shed its dark past and become DRC’s tourism hub, and this portends well for economic development of the region,” says Digo.

Exploring the Wild Frontier of Botswana

admin - October 16, 2022 0
Planning on travelling to Africa for your next adventure? Wondering which countries you should consider? There’s no doubt that could be a tough thing...

admin - October 21, 2022 0
It’s a country on the African continent that doesn’t really get a lot of attention from travelers. It’s a large country with poor infrastructure,...

Walking Treks through the Gorillaland

admin - April 22, 2017 0
A small river named Duden flows by their place and supplies it with the necessary regelialia. It is a paradisematic country, in which roasted...

admin - January 14, 2018 0
You can enjoy wildlife, primate or a cultural safari as a family in Uganda or Rwanda. We have got many tips for a perfect...