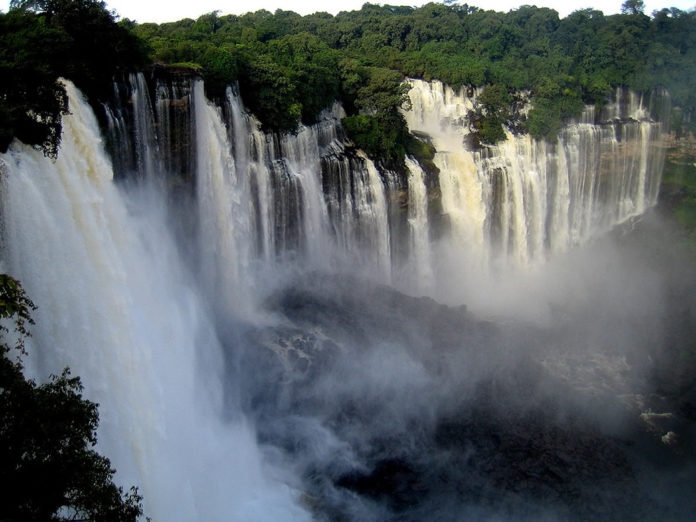 Africa is a land of pleasure, excitement and fun. Come here to the thrilling experiences of being in one of the best places in this part of the world. Come to the land of fascinating sights and the most thrilling escapades in this part of the world. Africa is that one land that would give you the total fascinating pleasures and the ultimate exhilarating sights that you look out for in a travel.

While here in the Middle African region, you would have the pleasures of being in a paradise, and this heavenly experience is something that you would have to experience to believe it. One of the better sights in such travels is the Kalandula Falls which is a lovely watery paradise in this part of the world.

Located in the northwestern part of Angola, this is one travel sight that is totally enchanting and mesmerizing. This is a broad, waterfall and shaped like a horseshoe. With the Lucala River contributing to this watery beauty, the falls fall from a height of around 344 feet and the entire sight is a treat to the eyes. The terrain here is spectacular and contributes to the beauty of the surroundings. The crest length of this wonderful form of nature is around 1300 feet and is more than 2000 feet during the flood stage.

Situated in the semi arid region, this lovely waterfall lying on the River Lucala is a travel delight and is filled with the most diverse vegetation, and has the best sights of the forest along this river. The area is filled with the tropical and subtropical grasslands and the savanna region here is another enchantment for all.

These falls are a true blessing of Mother Nature and remain a fascinating experience for the tourists coming to this part of the world. This is like one of the hidden treasures of nature and is a major tourist attraction in Angola. This is one of those nature’s gems that is waiting to be discovered and is in the nascent stage of being a popular tourist hub. Explorers have rated the Kalandula Falls as the fourth biggest in the world. This is also a month the most beautiful and the most natural waterfalls.

The official name is the Kalandula Falls and it is known as the Calandula Falls, the Dianzundu falls, the Duque de Braganca Falls. During the civil wars that happened in the Angolan region in the years from 1975 to 2002, the falls were known as Duque du Braganca. Then the name came back to the original after the conflict got over.

These falls are not very well known in tour locales but are certainly a great place to visit, and it is not long before these falls would become the second most powerful waterfall of the African region.

So while you are on a tour to Angola, do make it a point to see the Kalandula Falls which offer great tour experiences by their sheer fall and their scenic beauty.

Africa is a land of tourist pleasures and memorable escapades. The landscape, the terrain, the beautiful surroundings and the wild ambience makes a tourist totally excited and adventurous. Amidst the major sights here in this land of travel excitement, Angola with the Kalandula Waterfalls prove to be a perfect tour experience. So visit the Kalandula Waterfalls which is a rare experience here in this land of dense forests, Africa.

admin - September 12, 2022 0
The Vumba is a small part of the long chain of mountains that define the eastern border of Zimbabwe. It is situated on the...

admin - February 9, 2018 0
Various People climb or hike mountains for Fun where one struggles to reach a high point in the mountains area. But due to some...

Renting a Car in Uganda? Know These Things

admin - January 16, 2018 0
Uganda is exceptionally one of the best safari destinations in Africa. It is famous for its over 480 individuals of rare mountain gorillas representing...

Hiring a Car for Self Drive in Rwanda

admin - February 9, 2018 0
Rwanda has some of the most magnificent landscapes which are unique and the country has good roads with many tourism attractions like National parks...