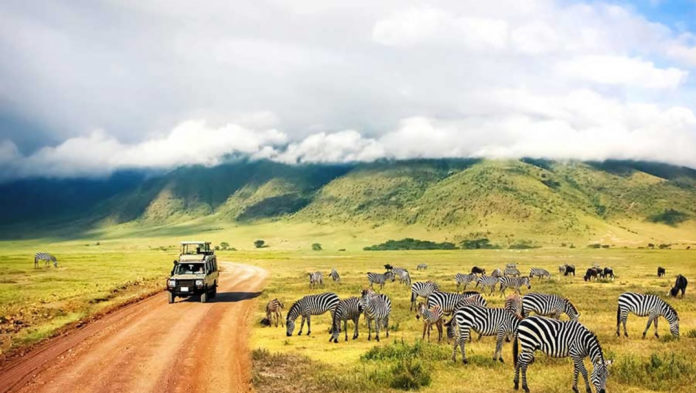 Sure, photographing the Big Five—lion, elephant, buffalo, leopard and rhino—on a game safari is probably on your travel to do list. Wine tasting in South Africa must surely appear on that list as would visiting the pyramids in Egypt and a trip to the Victoria Falls.

Beyond that, however, Africa is a vast and often misunderstood land.

My own conversations with Ethiopian tour operators and the newly minted tourism board at a recent meeting in Los Angeles cemented exactly how much I did not know. And that’s just for one country in a continent that’s big enough to hold the United States, China, India and most of Europe with room to spare. (If you haven’t seen the famed map designed by Kai Krause, be sure to check it out now.)

With the advent of social media, however, there’s really no longer an excuse for the veil of ignorance where Africa is concerned. Plenty of influencers are opening the world’s eyes to Africa’s diverse history and rich cultural offerings.

Not sure who to follow? An article in Quartz Africa, a news outlet built primarily for mobile consumers, has introduced several social media influencers who are striving to shine a light on Africa as a home to many worthy tourism destinations. Among Quartz’ favorites:

For Diane Audrey Ngako, the founder of Visiter L’Afrique, social media was a way to counter Western perceptions of Africa as a place of “famine and wars.” Ngako, who holds a coveted position on Forbes Africa’s 30 under 30 list now has an Instagram following of more than 103,000 consumers eager to see and participate in a conversation about travel throughout the continent.

admin - February 16, 2018 0
For those who suffer through the dreary cold and dark winters of the northern hemisphere, it is a comforting thought that the sun always...

konde - January 24, 2018 0
Have you dreamed of taking the unforgettable photography trip, by going on an African safari to visit the rare critically endangered mountain gorillas combined...

admin - February 15, 2022 0
Getting off the beaten track in Africa doesn’t necessarily mean roughing it in the bush. There are some incredible lodges and hotels that, if...

See the Okapis in the Democratic Republic of Congo

admin - January 27, 2018 0
If you have been to the Democratic Republic of Congo, you have probably heard or seen the beautiful yet confusing animal known as the...

admin - February 5, 2018 0
Are you planning to travel to Rwanda for vacation but you do not know which car to use? Have you ever thought about using...