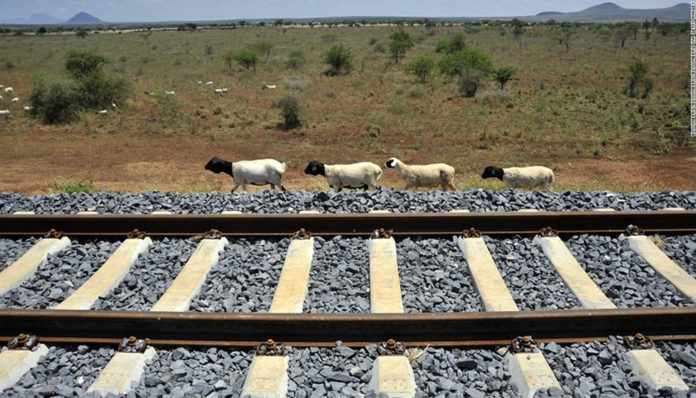 East Africa is now more accessible than ever. After two years of construction, Kenya’s largest infrastructure project since independence, a $3.8 billion Chinese-built high speed railway, is up and running.

It’s around 300 miles long, connecting the port city of Mombasa to the capital of Nairobi. Built by China Road and Bridge Corporation and 90 percent financed by China Eximbank, it is the largest infrastructure project since independence in 1963.

It’s named the Madaraka Express, after the day Kenya attained self rule. Speaking at its launch, Kenyan President Uhuru Kenyatta referenced the country’s colonial British railway — known as the “Lunatic Express” — built more than a century ago, saying: “Today 122 years later, despite again a lot of criticism, we now celebrate, not the Lunatic Express but the Madaraka Express, that will begin to reshape the story of Kenya for the next 100 years. I am proud to be associated with this day.”

Nairobi is not the end of the line. The railway is planned to eventually go thorough western Kenya and connect six other East African countries, opening up the region’s markets and trade, which for now is reliant on road transport.
“It’s a big game changer,” said Aly Khan Satchu, a financial analyst based in Nairobi, adding that it could provide new manufacturing and export potential for Kenya.

“We’ve got cheap geothermal power in Naivasha — you can tap into that power,” he said. “You can build your factories, you can put your goods on the railway, you can export it to Mombasa and you can access a three billion person market on the Indian Ocean economy.”

The railroad replaces Kenya’s old colonial-era railway, a notoriously slow and shaky ride that could take more than a day to complete the same journey, replacing it with a trip that will take around four-and-a-half hours. It is expected to transport half of the goods coming from the Mombasa port, East Africa’s largest, compared to the 5 percent carried by the old train.

The project has not been without problems

Just days before the launch a portion of the railway was damaged by vandals, downing exterior fencing and knocking off posts.

President Kenyatta warned that he would authorize the execution of the vandals: “I had commuted death sentences to life imprisonment before, but I also acknowledge the presidency gives me right to pass this law … those accused of vandalizing the infrastructure, I ask God to forgive me but I will pass the law for them to be hanged” 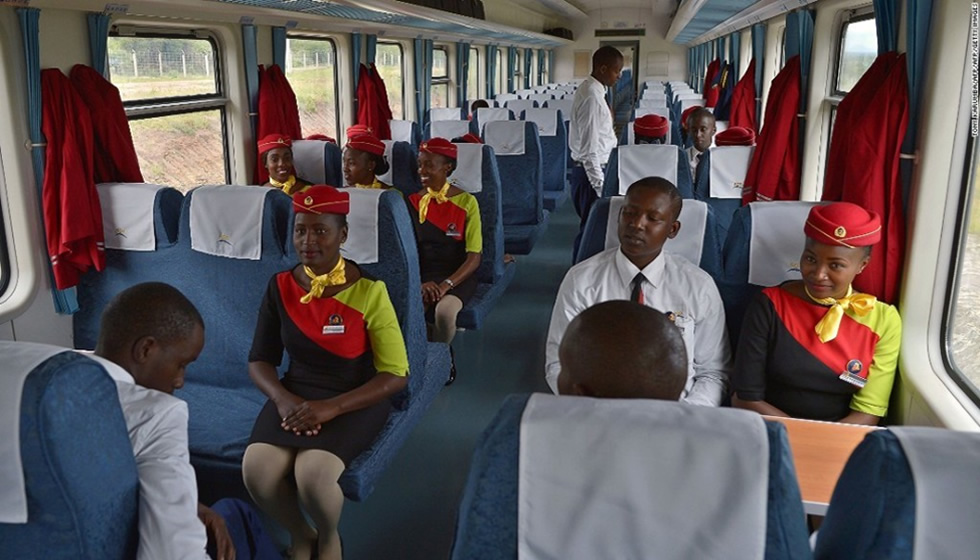 The price tag also raised eyebrows, amounting to roughly twice as expensive per kilometer as the Djibouti- Ethiopian train, also built by the Chinese.

“People are saying this is a very big bet you’ve taken in comparison to your economy,” said Satchu. “I think that there will be a very strong return from this investment but obviously it has been expensive.”

Wildlife has also been a major issue. Constructing a project of such magnitude has tested Kenya’s ability to balance infrastructure development within its world-renowned wildlife habitats.

The Madaraka Express train runs through two national parks, including Tsavo National Park, where the government and tour operators plan to use it as a tourism booster in a major elephant habitat.

Wildlife groups have protested the project for years saying it will affect vital wildlife migrations and behavior. In response, designers have added wildlife corridors, and raised sections of the line to allow for animal movement.
Still, at least 10 elephants have been killed by trains during the railway’s construction, confused by the new infrastructure, according to the NGO Save the Elephants.

admin - December 23, 2017 0
When people mention African safaris, a must talk is about the big five safari in South Africa, Botswana, Kenya or Tanzania. However after my...

9 Important Things to Know Before Traveling to Africa