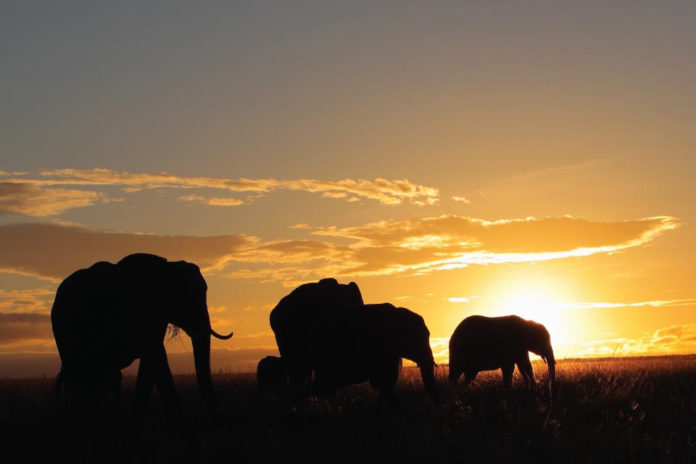 The East African region is made up of five countries which include Uganda, Kenya, Tanzania, Rwanda and Burundi. Destination east Africa tourism is heating up as travelers want to experience diverse wildlife such as gorillas and big five mammals, cultures and beautiful landscapes. East Africa truly provides natural wonders to discover and explore on a safari, we have selected the best 10 thing to do.

When planning to visit more than two of the East Africa destinations, consider getting the single east Africa tourist visa. This visa is a joint tourism marketing campaign of Uganda, Kenya and Rwanda. The visa cost is US$100 and allows free entry and exit into the three mentioned countries. This visa does not allow entry into Tanzania as it is not part of the joint marketing effort.

Mountain gorillas in Uganda and Rwanda

Mountain gorillas live only in Uganda, Rwanda and DR Congo and nowhere else in the world. Gorillas are world’s largest primates, with a mature male gorilla called silver-back weighing up to 220 kg. Getting close to a silver back is one of the most exciting wildlife encounters. You can only access gorillas by hiking on foot through very thick forests. Visitors are usually allowed to spend 1 hour or 4 hours taking photos and observing their features and behaviors such as feeding and grooming. Both Uganda and Rwanda provide perfect gorilla trekking safaris even though there are differences in the price of a gorilla permit.

Uganda is desirable because it is home to half of the world’s gorilla population with 17 habituated gorilla families available in Bwindi impenetrable forest national park and the cost of a gorilla tracking permit is affordable at US$700. But the most impressive thing about Rwanda is the short distance (2 hours drive) from Kigali airport to volcanoes national park.

Each year, 2 million Wildebeests including zebra, Thomson’s gazelle, topi, migrate to and from Masai Mara reserve in Kenya and Serengeti in Tanzania. There has never been such a spectacle of wildlife elsewhere in the world; it is a natural world wonder to witness. During December to February, wildebeest in eastern Serengeti give birth. A calf is born and within 5 minutes it is able to run miles following its mother, a wild animal behavior seen nowhere else in the world.

Game drive safaris follow the wildebeest migration in every corner and some camps are positioned better in areas where the animals cross such as along the Mara River. However, the timing is always different, so it is better to arrange a safari with expert tour operators. Most of the wildebeest viewing is full day but some safari packages can be tailor made for different locations both in Masai-Mara and Serengeti.

Golden monkeys are unique primates endemic to Virunga Mountains, a chain of 8 volcanic mountains that stretch across the borders of Uganda, Rwanda and DR Congo.

The Murchison Falls of Uganda

Found inside Murchison falls national park in Uganda, Murchison is the world’s strongest waterfall. It is created by river Nile as it squeezes through a narrow gorge and falls off 45 meters cliff to form what is known as a devil’s cauldron.

A hike to the top of the falls on a cliff offers impressive view of the falls and the Nile. Although the waterfall is spectacular, it is not the only reward. Visitors who undertake boat cruises on the Nile can spot hippos, Nile crocodiles, and birds while game drives around Nile-Delta swamp reward to wildlife viewing including elephants, buffalo, giraffe, zebra, lion, leopard, hyena, Uganda kob, patas monkeys, warthogs and Jackson’s hartebeest.

Source of the Nile Jinja

Jinja city found in eastern Uganda is the source of River Nile. Being the longest river on earth as well as few of the northward flowing rivers, the Nile waters in Jinja offer the best white water rafting and kayaking places in the world.

The average flow of Nile water in Jinja is said to between 1000- 1500 cubic meters per second, which means it has huge and grade 5 and 3 rapids. After rafting or kayaking, Jinja city is worth to explore. Other activities include boat rides, horseback riding, cycling. It is also home to the Nile brewery, manufactures of beers like club, Nile special, castle rite. Jinja is also located very close to Mount Elgon national park, the world’s largest caldera and home to wildlife such as elephants, zebras and birds.

Big five African mammals include the elephant, rhino, buffalo, lion and leopard. For visitors looking to spot all the big 5 in just a day and in big numbers the best places to go to are Ngongoro conservation area, Serengeti and Masai mara. Encounters with big five mammals are done by going on a guided game drives with a ranger which sometimes require full day spent out in the wilderness.

Chimpanzees are closely related to humans and share around 98.7% of their DNA with man. The largest population of chimpanzees is found in Uganda’s kibale forest national park. In addition to Kibale Forest National Park, Uganda has other 3 places to see chimps in the wild including Budongo forest in Murchison Falls, Kyambura gorge and Kalinzu forest reserve in Queen Elizabeth National Park.

Chimpanzee treks in Uganda are almost done in the midst of big game parks which means you can do chimps in the morning and then embark on game drives in the evening. In Rwanda chimpanzee can also be seen in Nyungwe Forest national park which is about 7-8 hours drive Kigali. In Tanzania in chimps are found in Gombe stream national park where the Jane Godell institute. However, this park is only accessible by a boat cruise.

Zanzibar islands are found in Tanzania along the coast of the Pacific Ocean. Zanzibar has some of the beautiful beaches but is it celebrated for its ancient and culture.

There are several historical and heritage sites such as palace museum, stone town, prison island, Forodhani market, old fort offer insight into the slave trade and modern mixture of Swahili, Arab and Indian kuli culture. that comes with food and various dishes, such as sea food, Swahili cuisine, Indian fusion at restaurants and cafes.

Nyungwe is an ancient forest offering hiking opportunities to see chimpanzee, colobus monkey, waterfalls, birds and butterflies. For visitors just seeking breathtaking jungle views the canopy walks are the best in the whole of east Africa. On the canopy walks, visitors can see wildlife in the tree canopies.

Unforgettable Self Drive Safari in Uganda

admin - January 24, 2018 0
Am really very appreciative for the service offered to me, I had a good time on my safari with the car I hired from...

Into the Volcanic Mountains of the Virunga

admin - February 23, 2017 0
I soon realized that no journey carries one far unless, as it extends into the world around us, it goes an equal distance into...

Have You Relished a Vacation to Egypt?

admin - March 12, 2018 0
Since time memorial Egypt is deemed to be the land of mysteries and myths. Surprisingly Egypt is not blessed with the charismatic aspect of...