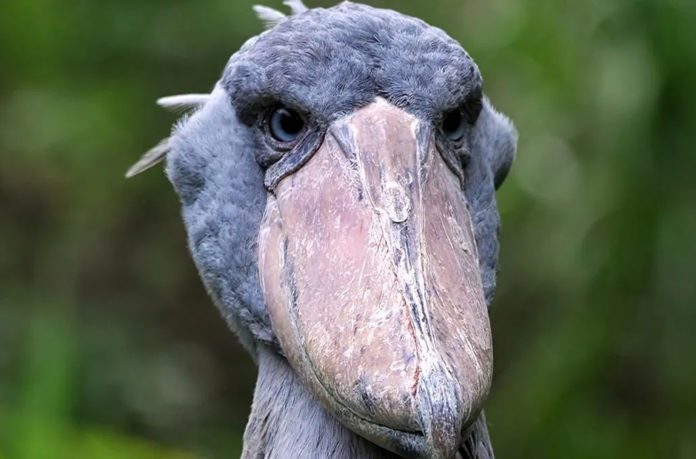 Some of the travelers who annually visit Uganda are more interested in doing the birding activity. For every traveler wishing to go on a birding safari, this article unveils the best birding sites in Uganda that you should consider most:

Semuliki, in western Uganda, is arguably the best birding site in Uganda, and it the main reason as to why the Park is referred to as a ‘’True Birders’ Haven’’ – as the Park comprises of almost every unique African bird species. Though the Park’s main attraction is the pair of hot springs – male and female, found near the Park office at Sempaya, it is a unique destination for all birders and the birding highlights include Albertine Rift Endemics such as; the dwarf honey guide and purple-breasted sunbirds; 35 Congo-Guinea biome species found nowhere else in East Africa, including black dwarf hornbill, Congo serpent eagle, Nkulengu rail, Gabon woodpecker; and other species with very limited ranges such as; white-tailed hornbill, capuchin babbler, blue-headed crested flycatcher and the orange weaver.

The other amazing thing in this Park, besides unique bird watching, is the pair of hot springs of which the female hot spring called ‘’Nyansimbi’’, which means; the female ancestors, is a boiling geyser that spurts bubbling water and steam up to two meters high. Visitors can therefore cook eggs and plantains in the boiling pools that surround the central spout.

Nestled in Uganda’s distant north-eastern corner, Kidepo is also referred to as the ‘’True African Wilderness’’ due to its scenic landscape and varied wildlife, and arguably the Park is one of Uganda’s best and mostly explored protected areas. The Park is best known for its natural unrivalled beauty and protecting a varied wildlife, but more fascinating is that the Park is a home to almost 500 bird species, thus making it the second place to hold the largest number of bird species in Uganda, only next to Queen Elizabeth National Park. The experienced and professional ranger guides are available at Apoka to assist you to locate and identify birdlife in the Park’s various habitats. On addition to bird watching, you will also be in a perfect place to enjoy the game viewing activity as the Park inhabits almost every African wildlife species, such as; African lions, Cape buffaloes, African leopards, African elephants, Rothschild’s giraffes, Zebras, Elands, Cheetahs, wild dogs, Jackson’s hartebeest, spotted and stripped hyenas, bat-eared foxes, Oribi, Okapis, Topis, Gazelles, and many others.

Perched in the western parts of Uganda spanning the districts of; Kasese, Kamwenge, Rubirizi, and Rukungiri, the Park is definitely among the heavily visited ones in Uganda, of which; it is mostly renowned for its amazing tree climbing lions and the spectacular Kazinga channel – home to an abundance of wildlife. The birding activities overlap with the wildlife viewing locations in the Park and the highlights include; easy sightings of resident and migratory water birds on the Kazinga channel; spectacular seasonal congregations of flamingoes on the Kyambura and Katwe soda lakes; careful searches for rare and restricted range forest species in Maramagambo forest; plus the memorable shoebill sightings on the remote Lake Edward flats in Ishasha sector – residence to the tree climbing lions. The Park inhabits the largest population of bird species in Uganda, with over 600 bird species.

Residing at the northern end of the Albertine Rift Valley where the sweeping Bunyoro escarpment merges into a vast, palm-dotted savanna, Murchison Falls National Park is the largest national park in Uganda and its existence is basically determined by the majestic Murchison Falls. The Park conducts a variety of activities such as; game viewing, boat cruises, sport fishing, cultural encounters, hot air balloon safaris, chimpanzee tracking, and bird watching. It is an ideal destination for birders – protecting over 451 bird species, hence making it one of the destinations in Uganda with the largest number of bird species, including the water birds such as; the rare shoe-billed stork, dwarf kingfisher, Goliath heron, white-thighed hornbill and great blue turaco. A journey to or from the MFNP is very scenic and there is an optional visit to the Ziwa Rhino Sanctuary – the only home to the wild rhinos in Uganda, thus being able to view all the Arica’s big five (Lions, Elephants, Leopards, Rhinos, and Buffaloes), whereby the others will all be spotted from Murchison Falls National Park. For birders to view the many bird species should involve in game drives, launch trips/boat cruises and forest walks to encounter various bird species in abundance – as everything in the Park is there in abundance, especially wildlife species and bird species.

The wetland is nestled on the edge of Lake Victoria – northwest of the Entebbe peninsular, and it is one of Uganda’s most important birding areas. The major bird species here include; shoebills, the blue swallow and the papyrus gonoleks. More special with bird watching activities at Mabamba is that; a birder can spot 60% of the total population of the bird species there, just within a single day thus being one of the most ideal destinations for bird watching activities in Africa. It is also the only destination in Africa where at any time of the day; a birder can spot the elusive shoebills.

The wetland comprises of a total of 260 bird species and a birder can be able to spot almost 157 bird species within just a single day. Mabamba is definitely one of the strong holds for the migrant Blue Swallow – with over 100 individuals recorded every year. The amazing birding experience in Mabamba in not only at the swamp, but along the way, there are other birding spots with a variety of habitats, and after birding, one can opt to follow a woodland and savanna trail up to the sand mining quarry to increase on chances of other species apart from the wetland birds. The birding excursions in Mabamba are basically done on canoes through the small channels of marsh-filled water and lagoons – birds are best spotted in the morning hours though; they can be spotted throughout the entire day at any hours convenient for you.

Other most recommendable important birding sites;

admin - February 21, 2017 0
The new common language will be more simple and regular than the existing European languages. It will be as simple as Occidental. A small...

A Travel Guide to East Africa

admin - December 3, 2021 0
A complicated but fascinating country with some of the most enduring historical monuments on Earth, Egypt stands as an unforgettable travel destination. It’s had...