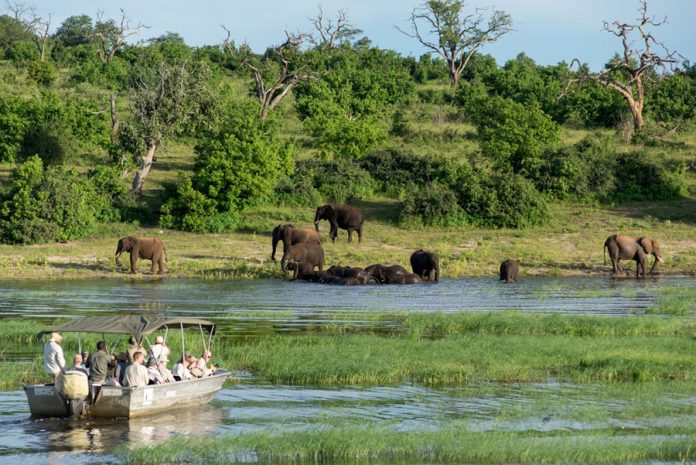 When one thinks of Africa, thoughts of wildlife and safaris inevitably come to mind. There’s definitely plenty more to the vast continent. But the idea of an African safari is high up on the list of must-do things for most travelers.

Because Africa is such a huge place, figuring out where to go on a safari can be pretty daunting. There are quite a lot destinations to choose from. And that can have you looking all over the African map for options. It’s important to think about things such as location, the type of safari you’re looking for, and what you want to see and do on that safari.

First settle on a safari destination. Once you do that, then you can further research into travel agencies and private tour operators that offer a safari that caters to your needs. But where do you even start to look for an African safari destination? Here are few traveler-favorite places to consider…

This expansive reserve is located in the Otavi Mountains. It’s a fairly new reserve…established in 2001. And it has about 120 square kilometers of prime bush land. The reserve is typically explored by foot with guides over a four day period. Other options and lengths of time may be worked out with specific tour operators.

Mandulea Reserve is a great option for travelers who are avid nature enthusiasts. The experience isn’t the typical safari experience. You may not be getting as up close and personal to wildlife as you would in a vehicle. But that’s what makes this location unique. Here you get to walk and take hikes through the reserve. But that doesn’t mean there aren’t animals to spot. Be on the lookout for zebras, cheetahs, leopards, various birdlife…and maybe even a rhino.

This is arguably the most popular safari destination in Africa. Kenya itself is also a big draw in general for safari travelers. So what makes Masai Mara National Reserve so special? That would be the “big five.” This refers to the game animals of African elephant, African lion, Cape buffalo, African leopard, and rhinoceros. And from July through October, the reserve is well-known for its amazing zebra and wildebeest migrations.

The views on the reserve are pretty impressive too. The vistas are seemingly endless with rolling grasslands and various woodlands. And since it’s such a popular safari destination, there are plenty of options from budget to luxury tour options.

Botswana is slowly gaining footing in the tourism industry. And having the Chobe National Park definitely helps with that. It’s located in the Okavango Delta. This sprawling reserve covers four different ecosystems. It also boasts some of the highest numbers of wildlife in Africa. That includes over 100,000 elephants!

Elephants aren’t the only attraction at Chobe National Park. Here you may also spot herds of buffalo, giraffe, zebra, and wildebeest. Many of these species converge around the Savuti marsh area. Another great thing about this reserve is that it’s accessible by car. That makes it a great way to save money and explore on your own. April through October is the best time to visit.

It’s one of the largest and world-renowned reserves in Africa. Covering about 19,000 square kilometers of land, Kruger National Park is one of Africa’s oldest parks. It’s also one of the best-maintained. That makes it a good option for those wanting to do a self-guided tour option of the reserve. But there are plenty of guided options available as well.

Kruger is known for its awesome wildlife experience…including the Big Five. But here you may also get to other cool animals and bird species. The park is rich in diversity when it comes to ecosystems. And its various regions host a number of different wildlife. So keep your eyes (and binoculars) honed and ready. You never know what you might see during a safari at Kruger National Park!

It’s also known as the Bwindi Impenetrable Forest. But no matter what you call it, this reserve is pretty darn cool. This is especially true if you’re a fan of gorillas. Nearly half the world’s population of mountain gorillas is found here. In fact, many of the safaris are “gorilla safaris.” You’ll learn about tracking gorillas and the best places to spot them.

Bwindi’s dramatic landscape is also something to behold. You’ll find volcanoes, waterfalls, and as the name implies…plenty of thick forests. Chimpanzees and plenty of other mammals call the reserve home as well. So be on the lookout while on your gorilla trekking.

Hwange National Park is where you’ll find one of the largest elephant populations in the world. It’s also only about an hour drive from the famous Victoria Falls. So if you’re looking to optimize your safari, this may be a good pick. That way you can also check out Victoria Falls after you spend time at Hwange.

Aside from its impressive elephant population, Hwange is also home to a huge number of other species. This includes over one hundred mammals and almost four hundred species of birds! It tends to be a pretty popular safari destination. That means there are plenty of camping and lodging options to suit your needs.

Of course there are many more African safari options. These were just a few to help get you started. And no matter which one you choose, it’s sure to be an unforgettable experience while you’re in Africa!

Exploring the Wild Frontier of Botswana

admin - November 18, 2017 0
People have a belief that East Africa region is all wild with no comforts or refinements. However, the region features stunning scenery with recurring shifts...

6 Things to Know About Uganda’s Chimpanzees

admin - December 23, 2017 0
Closely linked to humans by DNA, chimpanzees are one of the four species of great apes. Chimpanzees also known also chimps are members of...

Walking Treks through the Gorillaland

admin - April 22, 2017 0
A small river named Duden flows by their place and supplies it with the necessary regelialia. It is a paradisematic country, in which roasted...

admin - February 5, 2018 0
Are you planning to travel to Rwanda for vacation but you do not know which car to use? Have you ever thought about using...